Watford Borough Council and The Colne Catchment Action Network has launched a new 10 year project that aims to bring eight different sections of the River Colne into the public realm...

It will mean residents can access the river and enjoy riverbank walks and a range of water based activities, pastimes and educational programmes.

The river, which is a tributary of the Thames, will undergo an extensive cleanup and a key goal is to attract back the original biodiversity of the river and its banks including plants, fish, birds and insects and other species. Key to the project will be harnessing a strong ‘citizen science’ volunteer force who can carry a range of support activities including water monitoring.

Environmental charity Groundwork has been appointed by the council to lead on the first phase of the project which is called Rediscovering the River Colne. In the initial development phase it will create a habitat and access improvement strategy for the following public sites:

The improvements identified for each site will be delivered by a specialist contractor,* local partners and stakeholders and volunteers. **A number of privately owned sites along the river will also be targeted.

Elected Mayor Peter Taylor said “We are blessed to have many green spaces, rivers and canals that provide open space for Watford residents. However, the Colne, which flows through so many key sites in our town, has been neglected. I promised during my election campaign I would take positive action to restore the river and its habitat back to how it once was. I look forward to seeing people enjoying the river and cycling on the riverbank in the not too distant future.”

A launch event was held for the project this week (Monday 9 September 2019). Guests assembled at Knutsford Playing Fields, where they heard detail of the many elements of the project from partners. Sandy Belloni of Community Connection Projects CIC, then ran a selection of conservation and water quality activities including river fly monitoring and guests were invited to walk along the river via Radlett Road Playing Fields and Waterfields Recreation Ground. 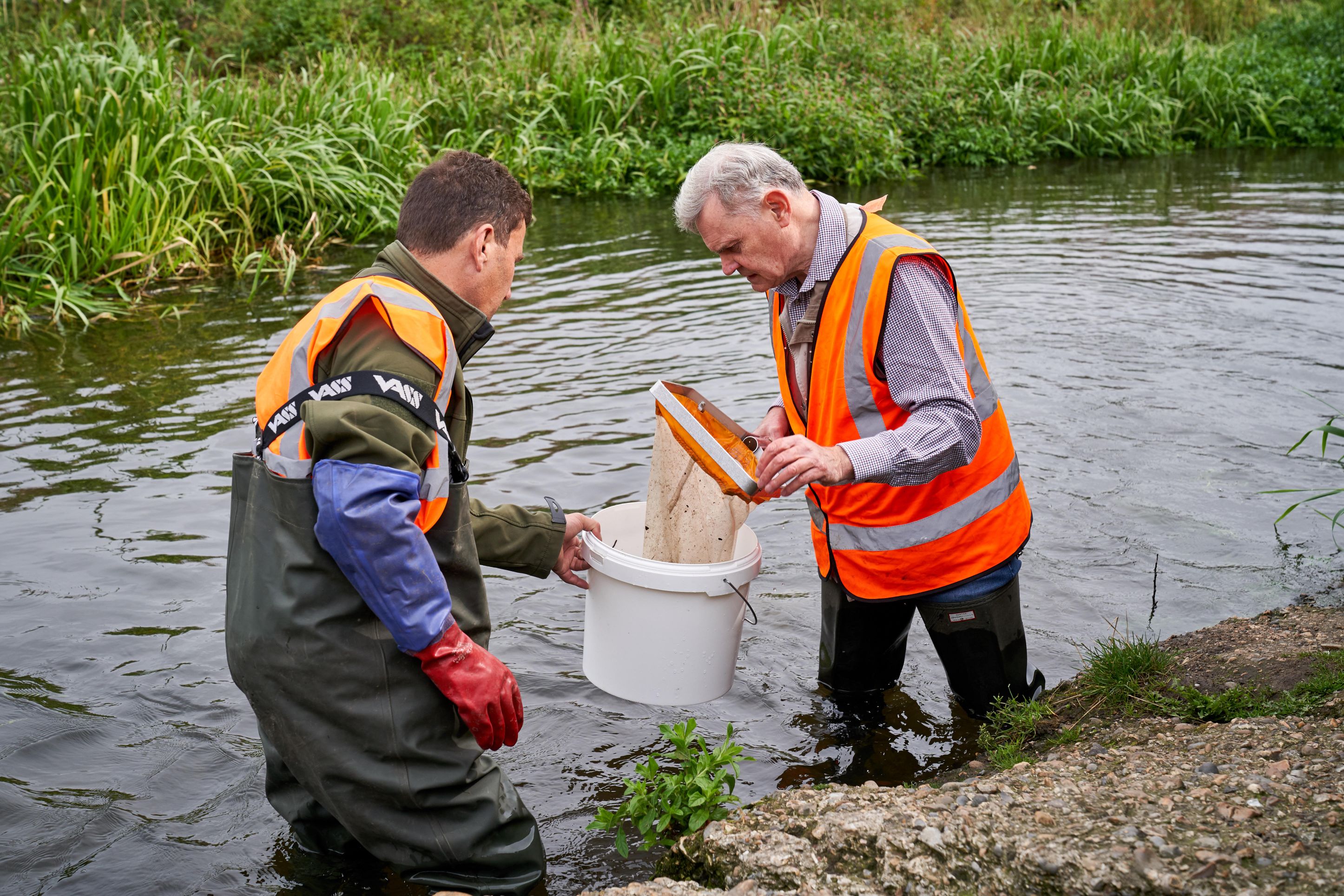 As part of the development stage, community charity Groundwork is consulting with local organisations and local people to find out what activities are currently on offer in and around the river, and what they would like to see in the future. You can share your thoughts via the online survey: www.surveymonkey.co.uk/r/rivercolne2019

Sam Harbour, Project Officer for Groundwork said “This is an exciting project that is currently in its infancy, with the scope to become something really great. We’re looking forward to improving the health and biodiversity of the river Colne, as well as restoring and instilling it as a community resource.”