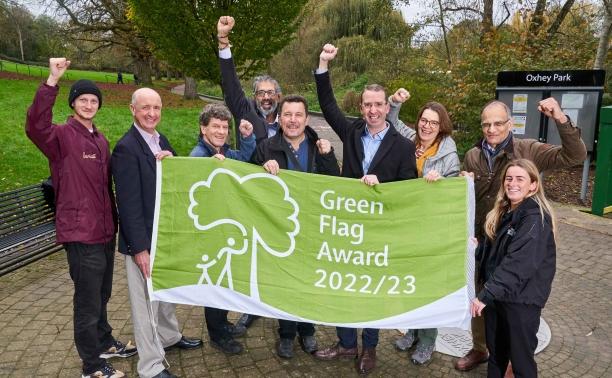 Cassiobury Park, Oxhey Park and Oxhey Activity Park have been voted for by the public within the top ten parks in the whole of Britain at the Green Flag People’s Choice Awards!

Cassiobury Park, Oxhey Park and Oxhey Activity Park have been voted for by the public within the top ten parks in the whole of Britain at the Green Flag People’s Choice Awards!

Earlier this year, Keep Britain Tidy awarded a record-breaking 2,208 Green Flag Awards to the nation’s best-managed parks and green spaces, with Watford Borough Council and Veolia receiving 17 awards in total – a record number in Hertfordshire. However, to find the best of the best, the environmental charity asked the public to vote for their favourite.

This year’s poll was completed by over 18,000 people casting their vote to decide on Britain’s best loved green and open spaces. Cassiobury Park, Oxhey Park and Oxhey Activity Park join winners from across England, Scotland and Wales who can all claim that they hold a very special place in the hearts of their local communities. 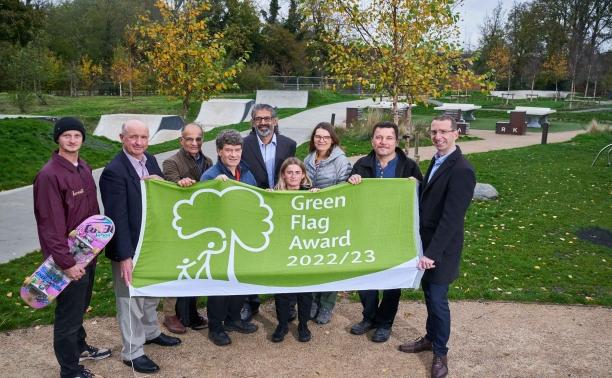 Elected Mayor of Watford, Peter Taylor, said: “We are delighted that Cassiobury Park, Oxhey Park and Oxhey Activity Park have all been named within the nation’s top 10 favourite parks. The jewel in Watford’s crown, Cassiobury remains our most loved and used space, and with Oxhey Park’s fantastic new facilities that people of all ages are enjoying, visitors are spoilt for choice!

“When I speak to residents, many of them tell me that our fantastic parks and green spaces are one of the things they love most about Watford. I would like to thank Veolia staff and the ‘Friends of’ groups who do so much to keep our parks in a good condition. This recognition is an acknowledgement of the hard work of the teams that make them such great places.”

Cllr Tim Williams, Portfolio Holder for Parks, said: “For many years we have invested in our parks, because we know how important they are to local residents. Sadly, many councils have made big cuts to funding for their open spaces, but they have remained a top priority for us in Watford. It is not by chance that they are award-winning.”

Nick Graham, Contract Manager for Streets, Parks and Open Spaces at Veolia, said: “To have three parks placed in the top 10 is an outstanding achievement. I’d like to take this opportunity to thank our hard working staff, who work year round to keep Watford’s open spaces clean, safe and accessible to all.”

Cassiobury Park and Whippendell Wood also received a Green Heritage Site Award this year, in recognition of achieving the required standard in the management and interpretation of a site with local or national historic importance. 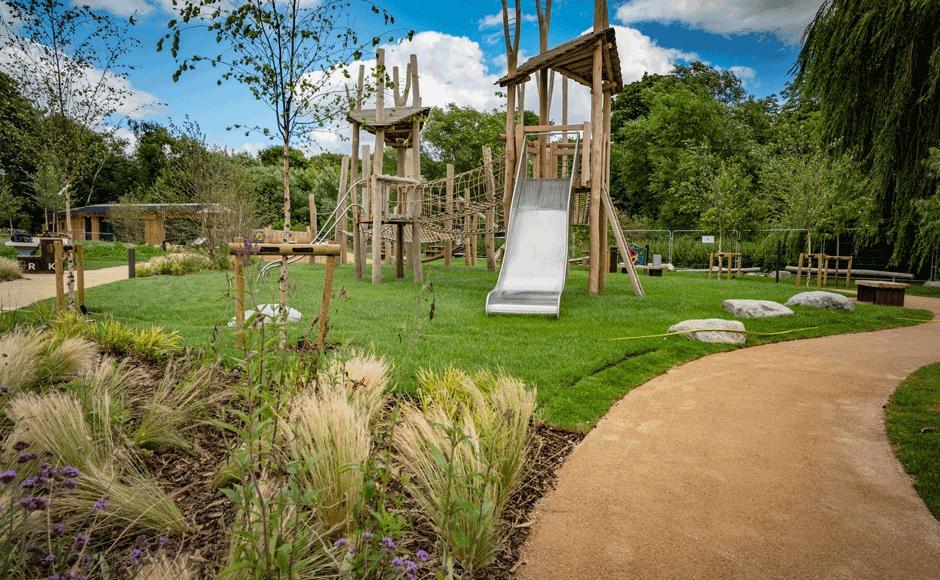