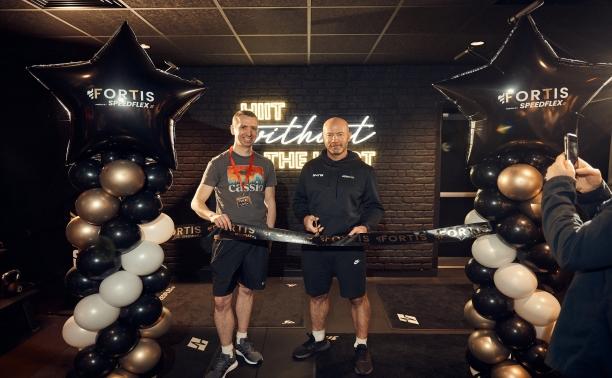 This September, Watford Woodside Leisure Centre, operated by Everyone Active, is encouraging everyone to take on a new fitness challenge, with the launch of the FORTIS Championships...

The contest, that is open to everyone and free to enter, challenges teams to sweat, squat and lunge through a HIIT class like no other, for the chance to be named the ultimate FORTIS champions and win a host of top prizes.

The formidable FORTIS championships have been devised following the popularity at FORTIS, powered by Speedflex classes which have been running at the centre since January 2022. The inclusive class, favoured by football legends Alan Shearer and Dion Dublin, is a 30-minute workout, that promises to deliver ‘HIIT without the hurt’.  The workout is based around a unique personalised resistance concept, allowing every participant to train at their own level, no matter their fitness ability.

The championship consists of teams of two, competing against others from across the south east, completing a series of high octane, low impact challenges. Contestants will make their way up the leaderboard by collecting points awarded for time spent exercising in each individual’s personal heart rate zone. In this way, effort and tactics become far more important than fitness levels, making the FORTIS Championships a challenge that anyone can win!
Those who make it to the concluding stages of the contest will bag themselves a place at the FORTIS Championship star-studded final, taking place on Saturday 12th November at Harrow Lodge Everyone Active Leisure Centre and hosted by Speedflex ambassador and TV superstar Ben Shephard:

“The FORTIS, powered by Speedflex class really is a HIIT workout like no other. I’ve never trained with anything like it! I love the sense of community and energy in the class; you feed off everybody else’s hard work. It’s efficient, too – and we’re all time-poor, so to find a way you can train intensively, in a way you like, that isn’t going to get in the way of anything else, is priceless.

I also love how accessible it is. It’s an intense physical workout, I’ve trained with pensioners, new mums, pregnant mums, professional athletes, injured sportsmen and women… and that’s a really exciting way of training. I look forward to seeing who steps forward to take on the FORTIS Championships and wish all challengers the best of luck.”

Elected Mayor of Watford, Peter Taylor said: “The state of the art fitness concept FORTIS has been a really exciting addition to Watford Leisure Centre Woodside since it was introduced earlier this year, and has helped to bring something different to the local community. It’s great to have a well-known ambassador like Alan Shearer backing this new work out programme, and with these exciting FORTIS championships, we hope this will inspire even more people to get fit and healthy.”

Finalists from each participating centres will bring their A game to the final challenge class for the chance to be crowned the supreme FORTIS Champions and win prizes including £500 cash, an Everyone Active annual membership and a luxury spa day and overnight stay for two.

The contest will kick off on 28 September, with special edition Challenge Classes taking place weekly at the Watford Woodside Leisure Centre, FORTIS studio as well as at studios across the South East including: Spelthorne, Basildon, Harrow Lodge, Fareham, Hemel Hempstead and Westgate.