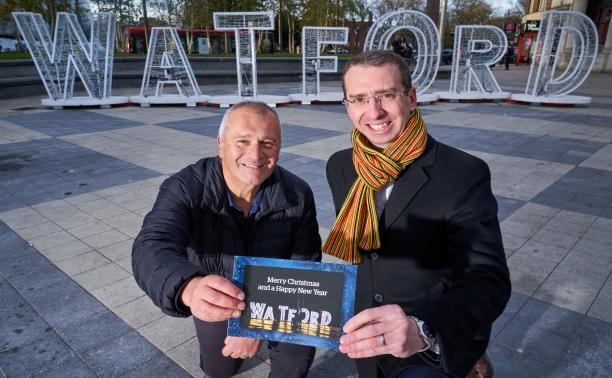 A local resident who created this year’s Christmas card for the Elected Mayor of Watford Peter Taylor, has helped raise over £10,500 for local charities...

A local resident who created this year’s Christmas card for the Elected Mayor of Watford Peter Taylor, has helped raise over £10,500 for local charities helping residents through the cost of living emergency.

Every year, the Mayor sends out a card which is sponsored by local firms to charities, voluntary groups and businesses across the town. This year’s winning entry captured by local resident, Neil Sturgess, was inspired by this year’s theme Watford at Christmas. Proceeds will be donated to local charities, Home Start Watford and Citizen’s Advice Watford.

Elected Mayor of Watford, Peter Taylor, said: “We were very impressed by the photographs submitted to the competition and had a tough task deciding on the winner.  However, Neil’s photographer caught our attention and wonderfully celebrates one of Watford’s most notable attractions.

“The money raised this year is especially vital given the ongoing cost of living emergency. Both Home Start Watford and Citizen’s Advice Watford play a vital part in supporting residents and deserve assistance during these tough times. Thank you to everyone who donated.”

Sophie Linington, CEO of Home Start Watford, said: “We are so pleased to have been nominated as one of the recipients of funds from the Mayor’s Christmas Card. This is a particularly difficult time for the families we support, with a lot of the challenges they face being heightened by the current cost of living crisis. The funds from the card will enable us to continue to offer our support and services in the New Year, but also bring some much needed Christmas cheer in the run up to the festive period.”

Emma Burgham, Chief Officer of the Citizens Advice Watford, said: “We are immensely grateful to the Mayor for choosing us to be a beneficiary of his Christmas card appeal, and to all the sponsors for their kind generosity.  Their support will help us give more people in our community the help they need to find a way forward with the problems they’re facing.

“For many struggling in the current cost of living crisis, our free, independent advice service is the only place they have to turn to.”

For information on cost of living support in Watford, please visit our dedicated hub. 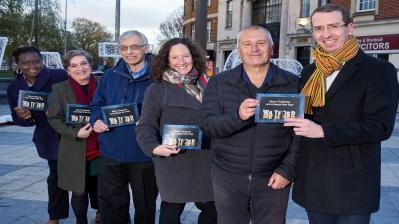