On Remembrance Day (11 November), the Royal British Legion and emergency blue light services will lay wreaths, there will be two minute’s silence and a reading by the Mayor and Chairman of the Council, Councillor Aga Dychton. The virtual service will also be attended by the Vice Chairman and Lord Lieutenant and streamed via the council’s Facebook page at facebook.com/watfordcouncil.

Elected Mayor of Watford Peter Taylor said: “The impact that the two World Wars had on our town was enormous. Huge numbers of Watfordians joined the call to arms. The town also pulled together around the war effort. Given Watford’s proximity to training camps and transport links, Watford families regularly hosted service men in the town.

“That’s why I’m really proud that we’re able to remember our town’s role in the two World Wars and the people from Watford who made the ultimate sacrifice, such as those who lost their lives in the Sandringham Road bombing.  We will also be commemorating those who fought in later conflicts such as Captain Tom Sawyer, Corporal Christopher Harrison and Private Tom Lake. I hope residents are able to join the virtual Remembrance Service and pay their respects.”

Silhouette figures of First World War soldiers or ‘Tommies’, have again been installed across Watford as part of an art installation run by the charity Remembered. It aims to educate all generations about why so many made the ultimate sacrifice, and to raise funds to help heal those suffering from the hidden wounds of war. The council have been supporting this campaign since 2018.

Remembrance Day and Remembrance Sunday commemorate all military lives lost in two world wars and also wartime sacrifices since 1945, for which Watford has an additional memorial stone. 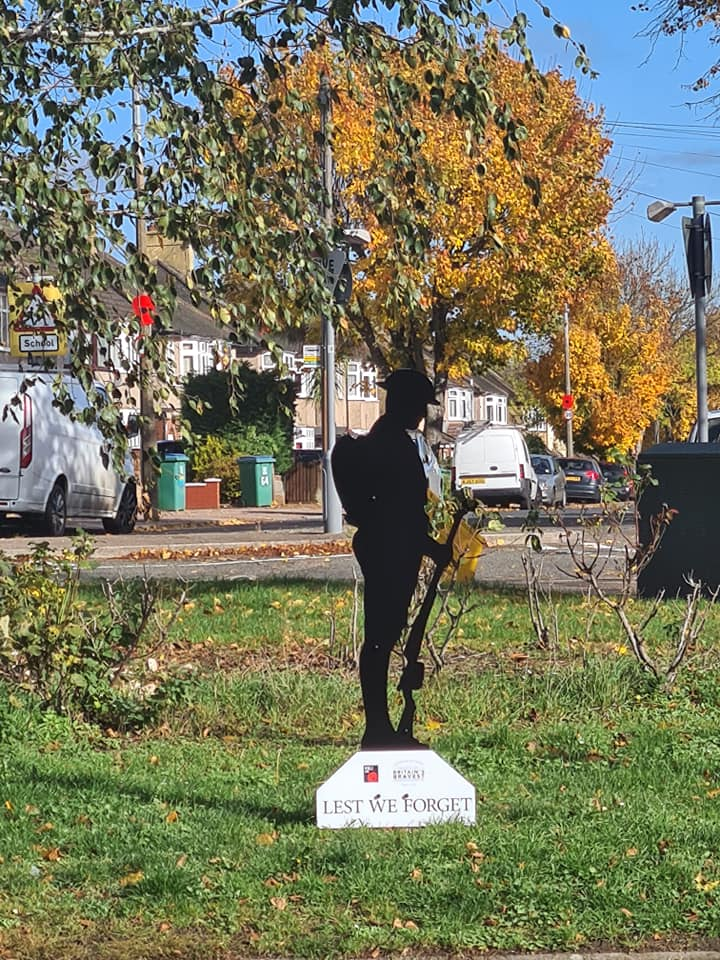